Ronaldo missed the majority of United’s pre-season preparations with the club excusing him from a tour of Asia and Australia for family reasons.

The 37-year-old did return for a 1-1 friendly draw against Rayo Vallecano last weekend. However, he made headlines again for leaving Old Trafford before the end of the game.

Ten Hag described that act as “unacceptable”, but also rounded on the media for focusing on Ronaldo when other players also left the stadium before full-time.

“I told you before, we plan with the season (with him). We have a top striker and I’m really happy he’s here, he’s in the squad and we stick to that plan,” said Ten Hag at his pre-match press conference ahead of his first competitive game as United boss at home to Brighton on Sunday.

“There were many players who left, but the spotlight is on Cristiano and that is not right.

“I’m satisfied with the whole team. There is a good culture and Cristiano is working really tough and hard.”

After a disastrous campaign in which United finished sixth in the Premier League last season, an overhaul of the squad was expected over the summer.

A prolonged chase of Barcelona midfielder Frenkie de Jong, who starred previously under Ten Hag at Ajax has so far proved fruitless.

“It’s about the right players,” added Ten Hag on the relative lack of transfer activity. “I cannot give comments on a player who is under contract in another club. When we have news, we will bring it.” 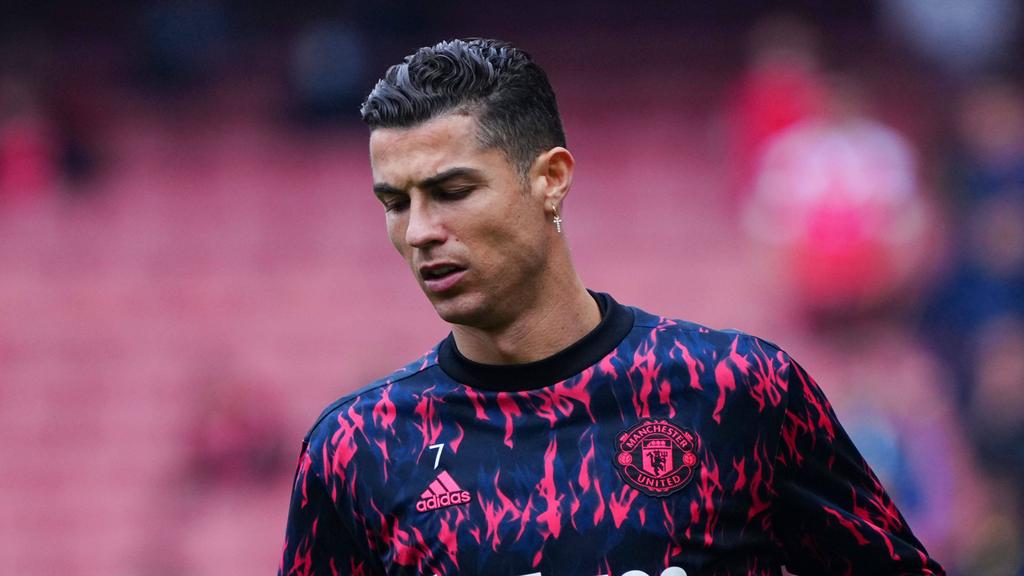