Manchester United suffered another home humiliation as Manchester City cruised to a 2-0 win at Old Trafford on Saturday to raise further questions over the future of Ole Gunnar Solskjaer.

Eric Bailly’s own goal and Bernardo Silva’s strike on the stroke of half-time was the difference between the sides on the scoreboard.

But that did little justice to the chasm between the teams as only a string of stunning saves from David De Gea prevented United from a thrashing similar to the 5-0 humbling they were handed by Liverpool less than two weeks ago.

Solskjaer bought himself some time with a 3-0 win at Tottenham last weekend.

But United have now won just one of their last six Premier League games and could finish the day 11 points off the top of the table should Chelsea beat Burnley at Stamford Bridge.

Solskjaer’s switch to a back five worked a treat at Spurs, but that owed much to the return of Raphael Varane from injury.

Without the French World Cup winner, who sustained a hamstring injury against Atalanta on Wednesday, the Norwegian’s decision to retain the same system quickly backfired.

Bailly was included for the first time in the Premier League this season and took only seven minutes to give City the perfect start when he sliced Joao Cancelo’s cross into his own goal.

United have won just five of Cristiano Ronaldo’s 13 appearances since the five-time Ballon d’Or winner returned to the club.

Had things gone differently in the final days of August, Ronaldo could have been lining up for City as they pursued the 36-year-old to fill the void left by Sergio Aguero.

Ronaldo’s goalscoring heroics have kept United alive in the Champions League, but he has netted just once in the last six Premier League games.

The Portuguese nearly bailed out a terrible first 45 minutes from the Red Devils when his volley was brilliantly saved by Ederson and Mason Greenwood failed to turn the rebound into an empty net.

But it was De Gea who was by far the busier ‘keeper.

The Spaniard spread himself to miraculously block from Gabriel Jesus before saving from Cancelo, Kevin De Bruyne and denying a second own goal off the boot of Victor Lindelof.

However, even De Gea was at fault for City’s second when Silva got an outstretched leg to Cancelo’s cross and the United stopper flapped the ball into his own net.

Boos greeted the half-time whistle as the travelling City support gleefully chanted “Ole’s at the wheel” to mock the United boss.

Solskjaer responded by introducing former City winger Jadon Sancho, who has failed to hold down a place in the United team in recent weeks despite costing £73 million ($98 million) to sign from Borussia Dortmund in July.

Sancho injected a little more pace into the United attack, but the home side were still barely able to sustain any pressure as City’s passing triangles left them chasing shadows in the Manchester rain.

Phil Foden hit the post and Jesus had strong appeals for a penalty waived away as City could easily have won by a far more comprehensive margin.

City, though, have often saved their best performances for the big occasion this season as they have now taken seven points from a possible nine in away games against Chelsea, Liverpool and United.

Chelsea’s lead at the top of the table is cut to two points as City move up to second, a point ahead of Liverpool, who travel to West Ham on Sunday. 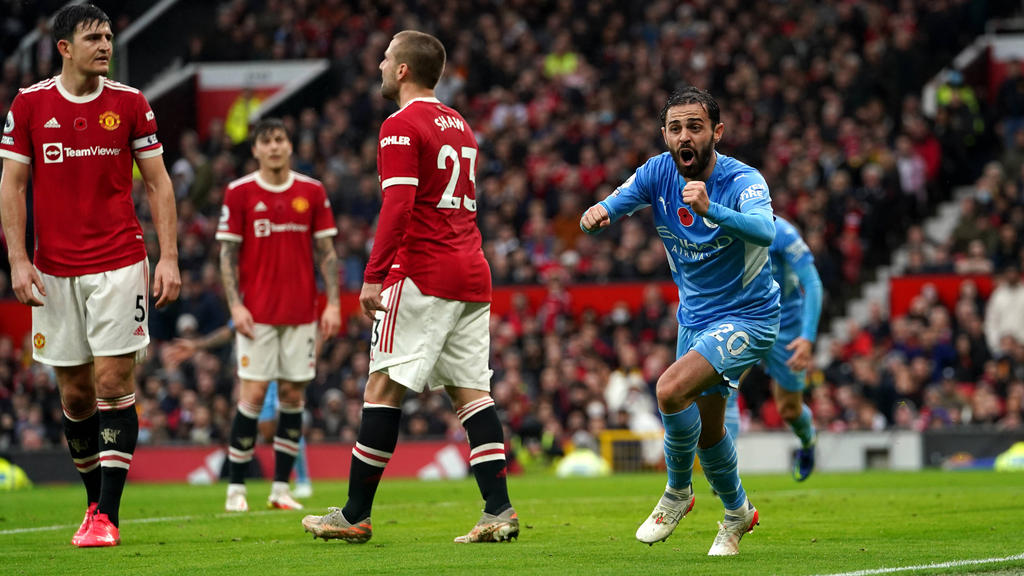