Pep Guardiola says he may not be able to give Sergio Aguero much time on the pitch before his contract is due to end as Manchester City chase an unprecedented quadruple.

The club’s record goalscorer, 32, is back in contention after a season ravaged by injury and illness but is short of match fitness and there is little opportunity for the City boss to ease him back into action.

There is growing uncertainty over the Argentine forward’s future, with his current deal expiring at the end of the season.

Asked if he hopes Aguero stays longer at the Etihad, Guardiola said: “As a human and as a person, even as a player, of course — but we have to see what happens at the end of the season.

“We cannot forget how long he was out. He has started getting better. I know he needs minutes to get to his best condition but we are not maybe in the moment to give him minutes for minutes’ (sake) because it is an important part of the season.

“We have to be calm. The club will speak to his agent to know the situation and we are going to talk at the end of the season.”

The City boss said he did not know how the issue would be resolved as his focus was firmly on the rest of the current campaign.

City look almost certain to win a third Premier League title in four seasons and are well placed to reach the Champions League quarter-finals after beating Borussia Moenchengladbach 2-0 in the first leg of their last-16 tie.

They face Everton in the FA Cup quarter-finals later this month and play Tottenham in the final of the League Cup in April.

Guardiola’s immediate focus is the Premier League and getting back to winning ways after Sunday’s derby loss to Manchester United, which ended their 21-game winning run in all competitions.

The Catalan insisted he was not nervous as he approached the final stage of the season with four pieces of silverware in sight.

“I’m less nervous being in this position than being in a position behind,” he said. “I was more nervous last season when we were behind Liverpool from November. I am more relaxed than ever.” 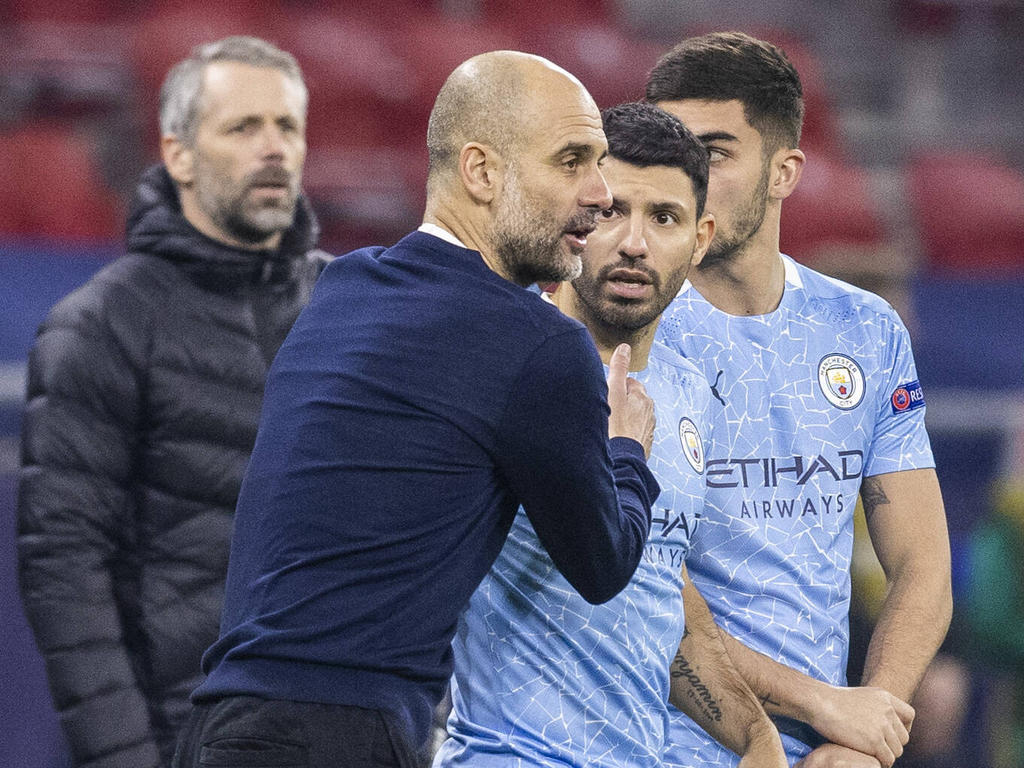