City’s trip to Villa Park was billed as Jack Grealish’s return to the club he left to join the English champions in a club record £100 million ($132 million) move in the close-season.

But Grealish, a boyhood Villa fan, only played the final few minutes after coming off the bench.

Greeted with jeers and pointed chants of “Villa til I die” from the Holte End faithful, Grealish won’t have enjoyed his return, but Silva will think of the fixture far more fondly.

The Portugal forward doubled City’s lead with a majestic volley after Ruben Dias had put Pep Guardiola’s side ahead.

Ollie Watkins pulled one back for the hosts in the second half, but City survived a sustained onslaught to hand Steven Gerrard his first defeat in three games as Villa boss.

City’s mix of guile and grit kept them just one point behind Chelsea, who won 2-1 at Watford on Wednesday.

Guardiola’s men have now won six in a row in all competitions despite the fitness issues that saw the Spaniard claim his team were suffering an injury “emergency” this week.

Kevin De Bruyne remained absent as he recovers from the coronavirus, while Phil Foden was only ready to be on the bench.

Regardless, City made a flying start and Gabriel Jesus curled just wide before Rodri’s drive was tipped over by Emiliano Martinez.

Dias put City in front after 27 minutes when the Portugal defender met Raheem Sterling’s cut-back with a 25-yard strike that flashed past Martinez.

City kept their foot on the gas and Riyad Mahrez’s shot was blocked after Oleksandr Zinchenko carved open the Villa defence.

Silva doubled City’s lead in the 43rd minute, showing perfect technique to cap a sumptuous move from the rampant visitors.

From deep in their own half, City launched a lethal counter as Fernandinho’s long pass found Jesus and his pin-point cross was swept past Martinez with a stylish volley from Silva.

Underling Silva’s return to form of late, the Portugal forward has four goals in his last seven league appearances for City, as many as in his previous 55 games in the competition.

City had been totally dominant in the first half, but Villa snatched a lifeline two minutes after the interval to the delight of their royal fan Prince William in the stands.

Douglas Luiz’s corner caught Sterling napping as Watkins peeled away from him to guide a low strike past Ederson via the near post.

Suddenly, City were rattled and they had a narrow escape when Ezri Konsa poked just wide after Watkins headed John McGinn’s cross into the defender’s path.

Jesus should have steadied City’s nerves but the Brazilian sliced wastefully wide from Silva’s cross.

Villa substitute Carney Chukwuemeka had a golden opportunity to equalise from Emi Buendia’s pass, but Ederson saved with his leg to preserve the points. 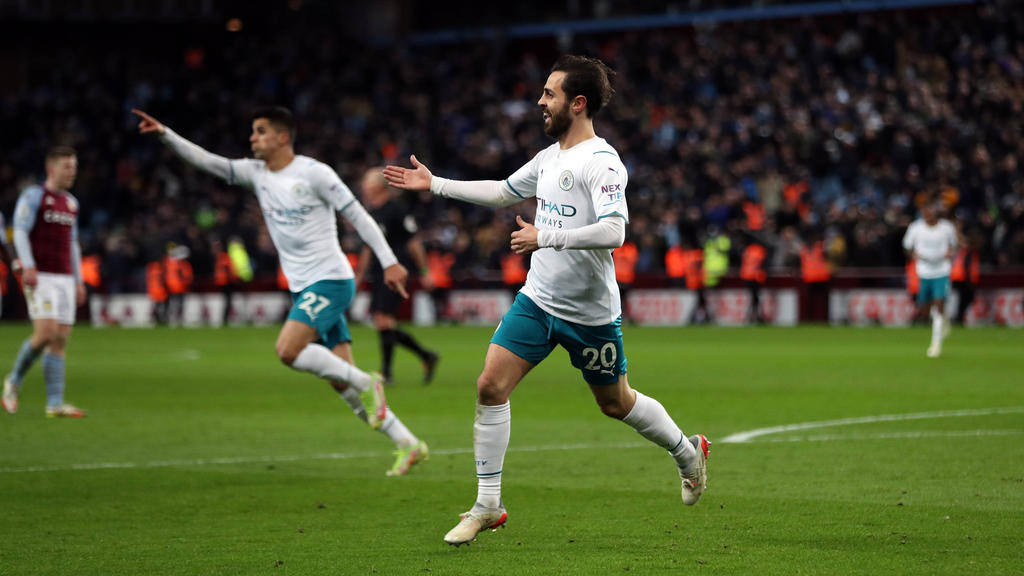