Leicester beat struggling Fulham 2-0 to improve their stunning Premier League away record on Wednesday, climbing back to third in the table.

Defeat at home to Leeds at the weekend ended a seven-match unbeaten run in the league but the Foxes rediscovered their mojo at Craven Cottage.

Kelechi Iheanacho opened the scoring for Brendan Rodgers’ men and James Justin doubled their lead on the stroke of half-time.

Leicester now have eight wins out of 11 on the road, in contrast to their mixed form at the King Power Stadium, where they have suffered five defeats.

The victory lifted the 2016 champions to 42 points after 22 matches — five points behind leaders Manchester City, who beat Burnley 2-0 on Wednesday.

But their stay in third may not last long, with rejuvenated Liverpool hosting Brighton later in the evening.

Leicester, without injured talisman Jamie Vardy, took the lead in the 17th minute when Iheanacho headed home a James Maddison cross from deep.

They almost doubled their lead minutes later when Fulham failed to clear but Caglar Soyuncu’s shot was straight at goalkeeper Alphonse Areola.

Fulham, who had not produced an effort on target in the entire first half, could have been level shortly before the break but Kasper Schmeichel tipped over a thumping header from Tosin Adarabioyo from close range.

The home side were made to pay for their profligacy in the 44th minute when Justin finished off a delightful move.

The impressive Maddison burst into the box and fed the fast-arriving Justin, who rounded the goalkeeper and squeezed the ball in from a tight angle.

Harvey Barnes nearly scored a third as Leicester threatened to overwhelm Fulham but his left-footed shot was saved by Areola.

Disciplined Leicester largely kept Fulham at arm’s length in the second half, denying the home side clear-cut chances.

Bobby De Cordova-Reid had a chance to reduce the deficit with about 10 minutes to go but Justin deflected his shot into the side netting.

The result leaves Fulham third from bottom of the table, seven points from safety. 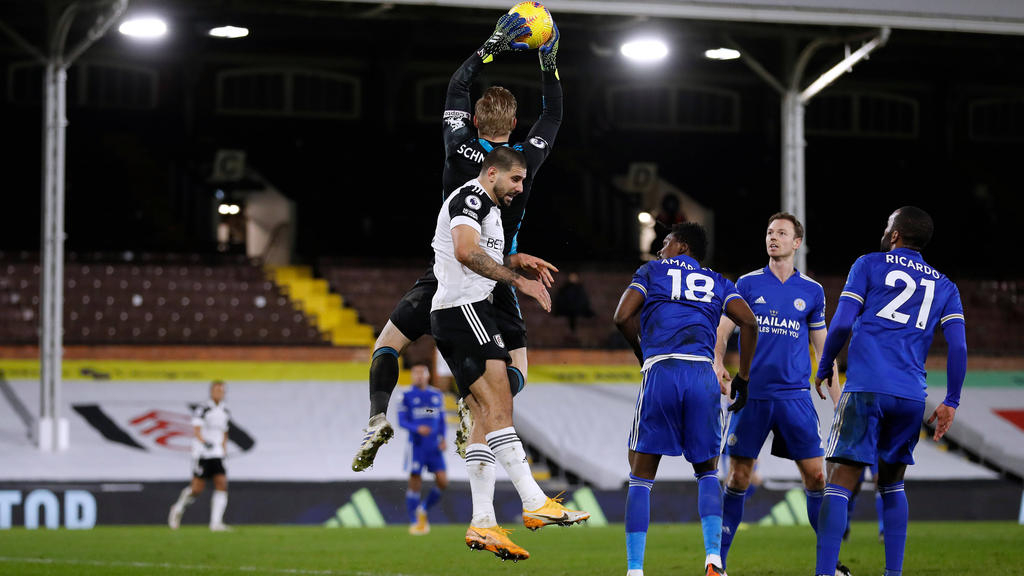